Over two decades ago, around this time, I was most likely panicking about two things. The first was scrambling to finish my book reports. I was such a procrastinator back then, and it was always a mad dash to check those babies off my list. Silver lining: I am now a very fast reader. The second issue, and infinitely more important one in my adolescent mind, was the fits I was going to wear on the first week of school. Year after year, I was always given the superlative “best dressed,” and, year after year, I needed to uphold my title.

Now that I’m grown, nothing has really changed. I basically write reports everyday, often in a mad dash, and I am scrambling to figure out what the hell I am going to wear during my first week back in the office. Life is cyclical, for sure.

Luckily, this week’s menswear releases have put my mind, however momentarily, at ease. There are sneakers from Converse and John Elliott that are just too good to pass up. Rhude has a motorsport-inspired varsity jacket that can help me live out my jock fantasy. Flan has a corduroy cardigan that is every bit as fruity as I am. And Rellery launched jewelry that is off the chain. I also just purchased these fierce sneakers. Indeed, I feel pretty confident that the “best dressed” title is in the bag.

Are you also in the same predicament? Well, take a page from my book and get to purchasing the stuff below.

SoCal may be dominated by another brand that has long specialized in subculture-friendly canvas kicks, but Converse can still lay claim to a long history on the sunny coast. So it makes sense that John Elliott—having grown up in California, proudly wearing the brand’s low-key sneakers—would bring his signatures to his favorite style, the Skidgrip. The limited-edition sneakers feature an upper with a print of organic decay, a herringbone outsole, smooth midsole, and nickel eyelets.

Rhude’s Rhuigi Villasenor has kicked the tried-and-true fall fits into high gear. The Los Angeles-based designer has partnered with McLaren on a collection on sweaters, hoodies, and denim influenced by the British motorsport team. Taking the driver’s seat in the lineup is the sweet varsity jacket.

Montblanc has long been known for its exceptional materials, and this latest release is no differet. The luxury label has dropped Sartorial Eco, a collection of six leather accessories, including this sleek travel wallet, that are made of components obtained by processes that minimize carbon footprint and use of water.

Rellery has ventured into the world of men. The jewelry brand beloved by women for its personalized pieces has introduced a 15-piece collection of rings, bracelets, and chain necklaces for the guys. The standout is the ID bracelet, because Hex marks the spot.

Advisory is celebrating the last legs of the season with a one-two punch. The label has released its End of Summer collection, which includes an assortment of bucket hats, specs, and knockout shorts with a print of Muhammad Ali slugging Joe Frazier.

Since 1965, Gold’s Gym has hosted the most renowned bodybuilders in the world. And to celebrate its history, the company has released the Grand Collection, an assortment of oversized sweaters, hoodies, tops, shorts, and joggers that are every bit as beefy as the muscle men that have pumped iron inside its storied walls.

From hoodies to sweatpants, Champion is the OG of comfortable fits for fall. Enforcing this rep is its latest drop of footwear, which include a number of logo-ladened slides that you can ease right into, regardless of the season.

Burgeoning Brooklyn-based label Flan likes to imbue its designs with a sense of humor. For its latest collection, called “Dichotomy of Fruit,” the brand offers up a number of pieces that definitely live up to the name, including a corduroy cardigan (that’s novel!) that looks mighty tasty.

Del Toro is giving a whole new meaning to tennis shoes. The label, known for its tony loafers, has released dinner slippers and chukka boots made of the same felt material of the balls the we see bouncing at Wimbledon and Arthur Ash Stadium. What’s more, 25 percent of the proceeds from each sale will be donated to the Andy Roddick Foundation, an organization that funds after-school programs and family service centers.

Like Rhude, Pacsun is also taking a motor company for a spin. The California-based retailer has joined forces with Land Rover on a collection of sweats, tees, and shorts that feature the SUV company’s logo or a print of the OG vehicle. For our money, it’s tough to beat the classic logo.

Korean brand Age may not have a particularly big (ahem) footprint in the States, but the brand seems poised for a takeover—at least if its latest collection of militarily-inspired sneakers is anything to go by. You can find lots of olive drab and some functional-looking text graphics throughout, but it’s the all-khaki Cut silhouette with its beefy, textured midsole that’s captured a place in our hearts.

Taking a look at the absolutely enormous selection of new stuff that just dropped on his website this week, it’s clear that Todd Snyder is looking forward to fall. He’s got us feeling the same way, thanks to pieces like this Italian corduroy trucker, which makes waiting for the cold weather to set in even more difficult than it already was.

Barry Samaha
Barry Samaha is the style commerce editor at Esquire, where he covers all things fashion and grooming.

Sat Aug 21 , 2021
These times, the horror genre, which has been suffering from a remarkable renaissance as of late by using the perform of auteurs like Jordan Peele and M. Night time Shyamalan, is full of super reasonable CGI and blood and guts splattered in every color of the rainbow on monitor. But […] 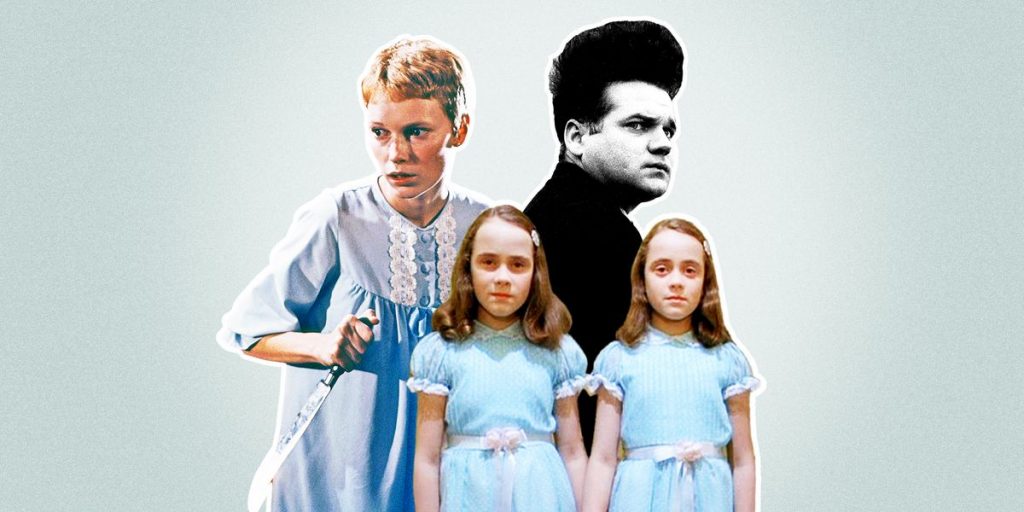