When I was a tot, the best underwear had the bat-signal on them. You couldn’t tell me otherwise. I did, after all, spend my formative years religiously watching Batman: The Animated Series and the two Tim Burton-directed flicks on the caped crusader. Some preferred Superman, others Wolverine, but for me, no other superhero held a candle to the Dark Knight. He was the man with all the answers. He had all the slickest gizmos and gadgets. His costume was simply the coolest. And he had the sickest backstory, bar none. (I’ll fight anyone about this, and have.) To show my allegiance all day, everyday, I had my mom cop me a set of briefs with his logo. Many of my brethren, too, did the same with their chosen comic-book champion. I know this because it was often a game of show and tell during recess. There were also a few kids that did the Quail Man thing. I was more subtle than that.

I was proud of my Batman underwear, even if I didn’t wear them over my pants. They were simple tighty whities, but because they had the bat-signal on them, I felt invincible. This, dear reader, is precisely the vibe that the best undies should elicit. It’s the foundation of your outfit; the one garment that keeps, ahem, everything in check. All you have to do is pick your champion. Indeed, like all the characters in the DC and Marvel universes, there are plenty of players in the field: briefs, boxers, boxer-briefs, and, hell, even long johns are all viable options. They also come in a full range of fabrics and cuts.

Looking for something breezy that’ll allow plenty of breathing room for your boys down below? Reach for some silky boxer shorts. Hate the feeling of your underwear riding up with even the most minute shifts in position? Consider buying a few well-cut briefs in breathable cotton. And if pure cotton isn’t doing the trick, try a blend with nylon or spandex for added comfort and ease of movement. You could even invest in a micromodal pair—the latest fabric development in cutting-edge underwear technology—if you’re in the market for undies specifically designed to wick away moisture and resist shrinking.

As for me, I put my Batman undies out to pasture. It had to happen, cause I’m grown. Tighty whities are now my hero of choice—so, OK, I’m not that grown. The style just works for me; I like the color just as much as I like the cling. I’ve also dabbled in thongs, cause I’m just that way. But if these amazing options don’t work for you (hey, I get it; no arguments here), check out the roundup of the best underwear below. All of them are different, yes, but rest assured that all will make you feel invincible.

So soft, so breathable, so anti-microbial it’d be a shame not to stock up.

Fruit of the Loom
amazon.com

Ah, the mighty, mighty white cotton brief—a.k.a., tighty whities. It doesn’t get any more classic than a pack of these bad boys, especially from Fruit of the Loom.

Even after all these years, Hanes—an elder statesman of the underwear scene—still offers a value proposition that’s tough to beat.

Everlane’s super-soft supima cotton boxer briefs are backed by a 365-day guarantee, so on the off chance anything goes awry product-wise, you won’t find yourself in an underwear-related bind.

If you’re looking for underwear that is “snug as a bug in an organic rug,” these briefs by Entireworld are actually described that way on the site.

Nice Laundry’s name speaks for itself. The upstart underwear brand reworks the classic woven boxer in a cotton with a touch of extra stretch, all in a slim-fitting silhouette cut snug but far from clingy.

Mack Weldon made a name for itself in the fiercely competitive world of men’s undergarments but letting its products speak for themselves, so this is me shutting up now.

Over a few short years, MeUndies has cultivated a surprisingly devoted following enamored with the brand’s signature boxer briefs, made out of a sustainably sourced mircromodal (and a touch of elastane).

In the family tree of underwear, the jock strap is the wild uncle that is always up to some antics. Indeed, it is a lot of look, and offers far less coverage than anyone else in the fam, but for those that like their buns bare (absolutely no judgement), 2xist has exactly what you’re looking for.

Those that live in tundras or environments where heat is not readily available fully understand the capabilities of the severely underrated long john. Not only do they keep everything in check, they offer the full coverage you need to brave chilly temperatures.

If you’re looking for a pair of briefs you can get your sweat on in without worrying about chafing and other irritation, look no further. Rhone’s entire Everyday Essentials collection is worth checking out, but the brand’s lightweight, breathable boxer briefs offer flexibility in spades and remain a standout.

Now nothing can come between you and your Calvins.

Considering the brand’s track record in literally every other category, it might come as a bit of a surprise to hear underwear is a relatively new genre for the Swoosh. The brand’s performance briefs incorporate its signature sweat-wicking Dri-FIT technology to keep you cool, while a slightly wider leg opening prevents bunching during workouts.

A more relaxed fit for dudes who prefer a little extra room to breathe, made out of a supremely comfortable fabric everyone will appreciate.

Could Ralph Lauren really call itself a full-service lifestyle brand if it didn’t sell the perfect starter pack of classic boxer shorts? Who cares—it is, and it does.

For over a century (yes, over a century!), Hanro has been producing the finest undergarments. So best believe that their boxers will last you the long haul.

If you’re going to trust any brand to outfit the lower half of your body in snug-fitting nylon blend, it’s going to be the one that made wearing leggings to work a global sensation.

Does Tom Ford seem like the type of dude to live his life in velvet-trimmed stretch-silk satin boxer shorts? Yes, yes he does. Should we all aspire to that same level of sheer luxury? Yes, yes we should.

Mon Aug 9 , 2021
Warner Bros. This is a difficult list to make for all the wrong reasons. The DC Extended Universe has almost consistently struggled throughout the 2010s. Unlike the powerhouse that is Marvel, DC is still searching for its own identity and any semblance of a coherent shared universe. That might start […] 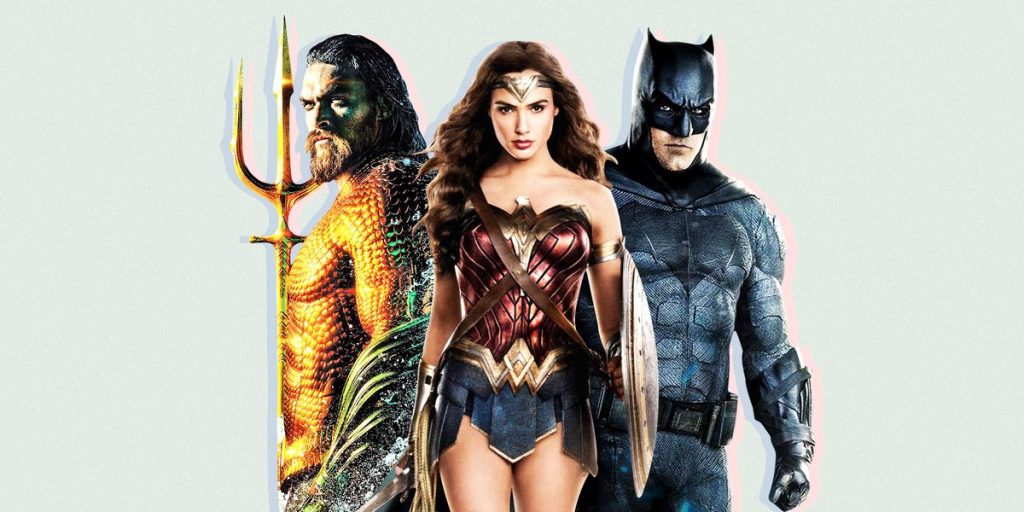