This is a difficult list to make for all the wrong reasons. The DC Extended Universe has almost consistently struggled throughout the 2010s. Unlike the powerhouse that is Marvel, DC is still searching for its own identity and any semblance of a coherent shared universe. That might start to change as we see DC’s 2020 plans take shape, notably in Robert Pattinson’s Batman film and whatever the hell is going on with The Flash movie that might have 50 Batmans. As for now, we safely celebrate The Suicide Squad, which released in early August to rave reviews. But even James Gunn’s DC foray is kinda its own thing.

Because the current DC Extended Universe makes no sense, we’re not going to include Joaquin Phoenix’s Joker on this list, because as far as we know it doesn’t exist in the same universe at the Justice League-adjacent films. But, who knows!? Maybe it does, and if that’s the case we’ll update this list at some point and add it along with Batinson’s film which might or might not also exist in its own separate universe. We have no idea!

Anyway, that leaves us with 10 films that we’re positive exist in the same universe. We think. So without further ado, here are the best DC Extended Universe films ranked from worst to best.

For the life of me, I cannot remember if I’ve ever been able to finish this movie. I have a vague recollection of pouring rain, Jesse Eisenberg’s bald head, and possibly some slo-mo, but beyond that I couldn’t tell you any concrete details about this movie. I do know that I’ve attempted to watch it multiple times, and the lingering feelings I associate with this film are boredom, depression, and a general sense of confusion. How could anyone take two of the greatest characters in American popular culture and create something so unbelievably forgettable—that in itself is a pretty incredible feat.

Unlike BvS, there are occasional aspects of Suicide Squad that are not horrible. Margot Robbie is honestly pretty great as Harley Quinn. And you have to give director David Ayer credit for cutting out most of Method Actor Jared Leto’s insufferable Joker from the theatrical version of the film. But this film’s biggest sin is for creating the unbearable narrative of Method Actor Jared Leto’s stupid gifts to his fellow actors. It’s hard to recall the convoluted plot of this film when all I can think about is Method Actor Jared Leto harassing his poor co-stars with dead rats wrapped in used condoms, or whatever the hell he did on set. I feel bad for everyone involved in this film.

Despite the consistent crap that Warner Bros. and DC produced for the better part of the 2010s, I wanted Justice League to be good. After the triumph that was Wonder Woman, the DC universe was primed to make a huge comeback with Justice League. Instead, the only joy to be had in this film is to watch Gal Gadot’s Wonder Woman constantly put Ben Affleck’s Batman in his place. It also, to its credit, included the most 2017 exchange imaginable. In one scene, The Flash asks Bruce Wayne a question that we’ve all been wondering for decades: What, exactly, are Batman’s superpowers anyway? Wayne, with the utmost sincerity, replies: “I’m rich.”

Man of Steel came out in a simpler time. Believe it or not, this film came out the same year as Iron Man 3, and a year after the first Avengers film. The timing of Man of Steel is indicative of Warner Bros.’ greater overall fumble with the DC Extended Universe. They were late to the game, and instead of having taken their five years lag time behind Marvel to create something great, they debuted a drab and depressing cinematic universe. That said, despite the dull colors, at least DC made an attempt to set itself apart from the MCU. And, for mostly worse, this film set the tone and trajectory for the future of DC movies.

After the triumph of Wonder Woman, Warner Bros. really blew it on the highly anticipated follow-up. The Wonder Woman timeline jumps forward to 1984 with no real mention of what Diana Prince was doing for the last few decades (did she help with WWII or any other major world events?). But, it seems she’s working at the Smithsonian and stopping petty thieves and no one has connected that both of these people are Gal Gadot. Chris Pine’s Steve Trevor is brought back to life through a magic stone that looks like a dick and balls. And when Diana shows him the wonders of the future she shows him a … train? (They had trains in the 1910s) It’s a baffling movie from Kristen Wig’s character who is a cat from the movie CATS to Pedro Pascal’s thinly veiled Trump character, to the nonsensical plot, and a scene of Diana and Steve looking at fireworks that feels like it’s two hours long. What an absolute disappointment. One saving grace? The montage of Chris Pine trying on ’80s fits.

Shockingly, after the disaster that was Suicide Squad, Warner Bros. managed to turn things around with the Harley Quinn-led Birds of Prey. The success is mostly thanks to the charisma of Margot Robbie, who brings an unhinged fun to the film. Where most of the DC movies are drab and over-serious, Robbie’s Quinn is actually having a great time. And sadly, that is a rare thing to be had in these Warner. Bros movies so you should take it where you can get it.

After all the ups and downs (mostly downs) of the modern DC movie franchise, Aquaman had a lot working against it. Even without the context of the disastrous DC Extended Universe, it would have been hard to make the case for an Aquaman movie. Aquaman as a character is historically not cool. Who wants to see some dude ride around on a dolphin? Only Jason Momoa is badass enough to erase all preconceived notions of the character. This is a hard-drinking, blue-collar, Deadliest Catch of a man. And even though this film is baffling and overwrought, at least it’s still a lot of fun—as long as you can ignore the CGI hair and general plot.

Shazam! stands out amidst its desaturated, miserable, doom-and-gloom siblings. You want to know why? Really? Pretty simple answer. It’s fun! For god’s sake, all DC needed to do to stand out was take a simple shot at something with lower stakes, more laughs, and a big heart. Judging by the fact that we’re getting a frickin’ DC League of Super-Pets movie, it seems like DC might’ve learned its lesson.

First of all, DC hiring Guardians of the Galaxy mastermind James Gunn was enough to rocket The Suicide Squad halfway up this list, without us even seeing the damn thing. After The Suicide Squad gave us the boost of chaotic energy we needed the summer? It’s nearly the best DC film, featuring Sylvester Stallone as a ravenous shark, a giant starfish, and John Cena, Idris Elba, and Margot Robbie in prime form. Chef’s kiss.

Wonder Woman is not only a triumph for the DC Extended Universe, but for Hollywood in general. The film and its director Patty Jenkins are credited with breaking the superhero glass ceiling. Jenkins is the second female director to make a movie with a budget of more than $100 million, and she holds the record for the largest opening of all time for a female director. And all of these firsts are both long-overdue and well-deserved. Wonder Woman is a stunning-looking film with an empowering story, complex and lovable characters—all of which goes well beyond what’s expected of the superhero genre as a whole.

Matt Miller
Culture Editor
Matt Miller is a Brooklyn-based culture/lifestyle writer and music critic whose work has appeared in Esquire, Forbes, The Denver Post, and documentaries.

Tue Aug 10 , 2021
Courtesy Anyone with a Green Jacket knows that the right kind of equipment is essential in golf. It’s a game that is heavily reliant on the terrain and the weather; a change in wind direction or even the dampness of the grass can seriously impact a player’s swing and the […] 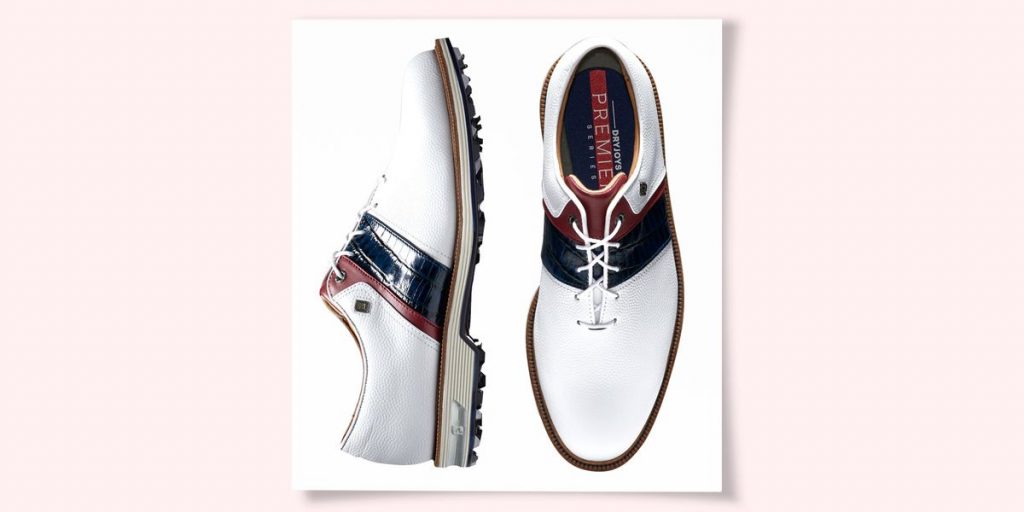